Can You Use Mono And Poly Solar Panels Together? 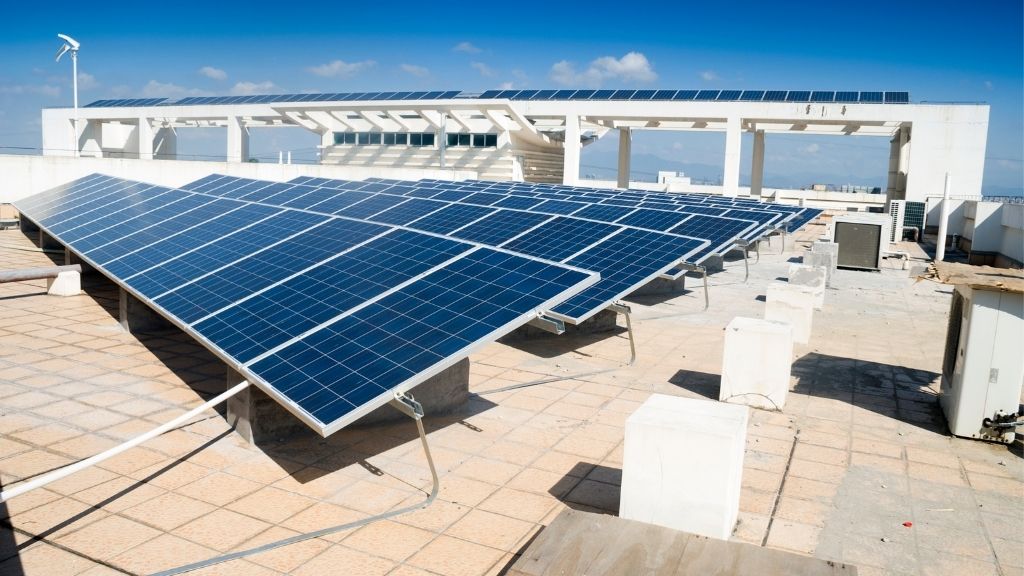 Solar panels help you in the significant shift from conservative power generation to natural power generation techniques. There are two types of solar systems – Monocrystalline and Polycrystalline, suitable for rooftops. The difference between these solar panels is in the technical composition, but the function is to convert solar energy into electricity.

Can you use mono and poly solar panels together? The answer is neither yes nor no. It is generally not recommended to mix both the panels because of differences in the electrical characteristics, which might affect the panel’s performance and output.

This article will discuss more mixing both the mono and poly solar panels.

What is the difference between mono and Poly Solar Panels?

Though the primary function of both the panels is similar, the difference lies in the technical specifications. Before digging upon the differences, let us first understand each of them.

Polycrystalline solar panels come from various sources, and their structure would be uneven and has a bluish-colored panel. The solar panels require small bits of silicon to be combined to form a complete solar panel, and the waste is less, so it is available at affordable rates.

The silicon cells are melted, cooled, and allowed to frame wafers to make the poly cells. They are a recent development in the industry and have gained considerable attention in the market. They are also commonly known as multi-crystalline solar panels.

But, it is to keep in mind that the panel’s efficiency would not be stable since it involves bits of various silicon pieces.

On the other hand, monocrystalline solar panels are made only from a single silicon crystal, and they have standardized and even structure in the purest form. The Mono cells are square-shaped cells with no corners, so there are small spaces between the two cells.

To make the mono cells, the silicon cells are cut into bars and then into small pieces of crystalline cells. The mono cells have evolved over so many years, and they are one of the oldest solar cells.

It has a sleek black look and is highly efficient in performance. The perfect finishing and high efficiency make its cost a bit expensive. Many homeowners do not prefer these types of panels because of unaffordability.

Now that we have understood the basic structure of both the panels let us discuss the differences.

The average market price of mono panels is between $0.6 – $0.9 per watt, and for poly panels, it comes to $0.4 – $0.9 per watt. From a consumer standpoint, there is no significant difference in the value it offers. So, price need not necessarily be your decision-maker.

See also  Can You Walk In Solar Panels? (Explained)

It would help if you also considered the installation and maintenance costs of both of them to decide.

As the mono panels are made of a single silicon crystalline, the flow of electrons is effortless, and hence, the efficiency is much higher at 15 – 20%

Whereas, in the case of poly panels, there are several silicons and a cramped structure, which reduces their efficiency to 13 – 16%.

Well, the average efficiency as per the industry is 15%.

So, before choosing any of the panels, check the efficiency rating.

The mono panels can serve you best for 30 to 40 years, whereas the poly panels can last for 30 to 35 years. Though there are few differences between the two, the major deal depends on maintaining them.

Well, if the exact sizes come with different efficiencies, we recommend you to choose mono panels as they have better efficiency rates.

As the mono panels are made from a crystal, they add aesthetics to your roof. They are sleek blackish and have white space in between the panels.

But the poly cells are made of different pieces of silicon and have a blue hue on the layer of the panels. This is because the sun reflects differently in each of the panels. The poly panels are aesthetically off for your roof.

What happens when you mix mono and Poly panels?

Before deciding whether you can mix the mono and poly solar panels or not, you need to understand the basic operations of the solar panels.

See also  How To Remove Snow From The Solar Panels On Roof? (8 Easy Ways)

The solar panels are usually connected to the strings. A single string connects several solar panels and the Maximum Power Point Tracker (MPPT) to track the output.

You will also need an inverter that has an optimum range of operation. The inverter also has the maximum net power range, within which it can operate without damaging the panels.

So, now let’s come to the point, what happens when you mix mono and poly solar panels.

The mono and poly panels have different technical traits. So, when you connect both the panels to the exact string, there is a risk that the output will be much lower than the inverter`s optimum range of operation.

If the inverter receives less power, it will go down soon, and you might not get the electricity required for your devices.

But, if you mix both the panels in two different strings, you can individually monitor the output ratings, and you will not face any fluctuations. The inverter will operate just as it should, and you will get the optimum output from your system.

How to Mix the Mono and Poly Solar Panels?

Now, let us look at the steps involved in mixing the mono and poly solar panels.

Firstly, you need to determine how many panels you would require based on the traits of each panel, with which your inverter will work the best. You can take the help of a professional technician to do this job for you.

Next, select the mono panels with similar voltage and current, then plug them into a string.

Similarly, choose the poly panels and plug them into a different string.

The mismatch figure shall not be more than 25%.

It would be best to consider certain things while mixing the mono and poly solar panels.

There are two types of configuration, namely, series and parallel wiring.

If you are going to connect the panels in the series, all the panels connected to the series must receive the same current. If any of them gets less current, the inverter’s output would be limited to the lesser current.

If you are going to connect the panels in parallel, the voltage of both types of panels should be exact to ensure maximum output is sent to the inverter.

See also  How To Check the Quality of Solar Panels? (10 Quality Criterion)

Make sure you use high-quality wires and connectors to ensure no loss of power in between.

Use MPPT charge controller for each string.

The primary role of MPPT is to monitor the variations in the output of both solar panels. Make sure you use separate MPPT for each string. The currently developed inverters come with several MPPTs integrated into a single loop.

Use different Strings for Mono and Poly panels.

It is a general recommendation not to mix the mono and poly solar panels. In that case, you need to use different strings. Further, it is also assumed that all the mono and poly panels connected to each string have the same electrical traits.

Two main ratios are considered to check the mixing ratio – the maximum power ratio and the low-cost ratio.

If you are looking for optimum power generation, you need to have more mono panels than the poly panels in your mix, which helps save your roof space.

Which is the best – Mono or Poly panels?

There is certainly no answer to this question. The suitability of each of the panels depends on the needs and expectations of the consumer. Irrespective of the color, if your roof does not have enough space and you are looking for an efficient solar panel, Monocrystalline panels would be a good choice.

If you have a budget constraint instead of space, you may choose poly-crystalline panels. To benefit both the panels, you need to strike a perfect balance between them.

Advantages and Disadvantages of Mixing both the panels

The significant takeaway from this article is, it is not recommended to mix both the panels – but if you need to, make sure you follow the proper guidelines. Make sure you mix them in two different strings, and each of them has its charge controller.