Can You Cut Solar Panels? (Step By Step Guide) 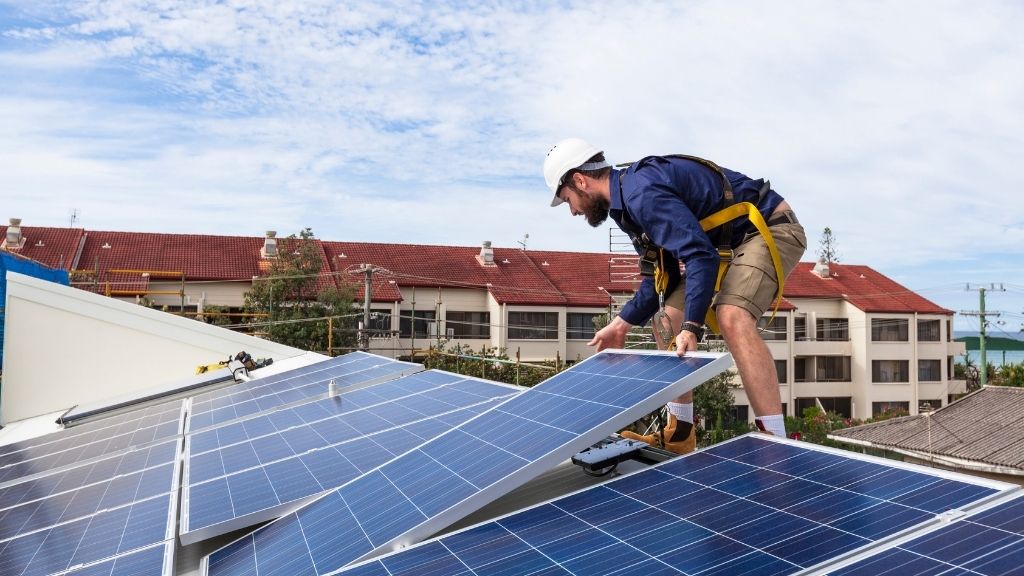 There are different kinds of solar panels available in the market. Based on various factors and available resources, you can select the best one. But what happens when you break the panels? Or what do you need to do when you want to increase the voltage of the existing panels?

Can you cut solar panels? Yes. You can cut the solar panels. But have you wondered why do you need to cur the panels? There are two primary reasons. To increase the voltage with a limited number of cells and reuse the broken solar cells.

In this article, let us explore why we need to cut the solar panels, split the cells, and how the cut panels help improve the panels’ productivity.

How to Split the Solar cells?

If you want to boost the voltage of the solar panels without spending on the voltage regulator, your homemade solar cells need to be split into two. For example, if you split a solar panel into two halves of 0.5V, you can use them to connect in series and produce the voltage of 1V.

It works on the mechanism that, when the power from the original panel is divided into two parts, the actual composition is split and produces the same level of productivity.

Cutting the solar panels into two does not damage them. The divided cells can produce the total voltage if you retain all the tabs on both sides of the cells. The solar cells can be divided only based on tabs and the number of tabs.

Now, let us look at the various steps to split the solar cells.

You will need to know what are the components that you would require. The solar panels are fragile, and even a small kick could easily damage them. To successfully cut the solar panels, you need to require the following components.

See also  Do Solar Panels Leak Water? (3 Reasons and How to Prevent It)

The most crucial point is that you cannot cut the glass cells, and the cells need to be bare and uncovered to cut into two halves.

Now, you can begin to cut the solar cells.

Place the cell on an even and flat surface. Ensure there are no high spots, pieces of metal, or any other material on the surface. These may break the cells when high pressure is applied to the solar panels.

Check the tabs and identify the area where the split needs to be made. Place the ruler from the top to the down where you need to split. Make sure you don’t apply much pressure to damage the panels. Continue the same procedure until you feel that the parts are separating apart underneath.

Now, lift the ruler and break the cells apart along the same line.

Once you split the cells into two halves, test whether they work. You can use the split cells to build your panel if they work.

How do the cut cells improve the performance of the solar cells?

There are several ways in which the cut cells improve the performance of the solar cells, and let us discuss each of them.

Resistive loss is the loss of power during the transmission process of electricity. To understand this further, you need to know how electricity transfers occur.

The solar cells transfer the electricity through the thin ribbon across the panel’s surface and connect them to the wires. Some of them will be lost when the electricity gets transferred, known as resistive loss.

If you cut the solar cells into halves, the current generated from the panels is also reduced. When the power produced is lesser, the energy lost during the transmission is also reduced. As such, they also tend to perform better.

Can you believe that the half-cut cells have much more shade tolerance than the single panels? The main reason the solar panels are less effective in shades is the Wiring method.

In standalone solar cells, the wiring is made in a single series, where the wirings are placed in a single row. So, if any part of the row is in the shade, the other parts would also not produce much electricity.

In the half0cut solar panels, the wirings are made in the same pattern, but they are placed in two different wiring systems. The reason is, when one half is shaded and cannot produce electricity, the other part can still have electricity.

Can you cut a flexible solar panel?

There is always a flip side to every best invention. The cut solar cells are not an exception. Let us discuss more the disadvantages of using the cut cells.

Yes. You heard it right. The active cell area is distorted when a whole active cell is segmented into halves. The width of the laser is cut to about 0.05 mm, and the remaining area of the cell is 99.6%. While the whole-cell produces 22% efficiency for 3.2 Watt cells, the segmented cells reduce the efficiency to 21.9%. Though the fall inefficiency is only low, it is just the beginning of the significant fall.

See also  How Many Solar Panels Can I Fit On My Roof? (9 Factors & Computation)

These theoretical losses have proven to be higher in-field testing. The output of each of the cut panels signifies that the cells produce lesser power than the whole cell. The 22% efficiency solar panel is now reduced to 19.6%.

The edges in the cut panels can create cracks during the lamination process. The most important thing to note is, these cracks are not visible to human eyes, and they can only be traced with infrared imaging.

This article’s significant takeaway is that cutting the solar panels into several parts is undoubtedly possible. But, whether the cut will help you increase the efficiency or make your upfront investment deteriorate is something you have to think about.

Before deciding to cut them, make sure you consult a professional team.