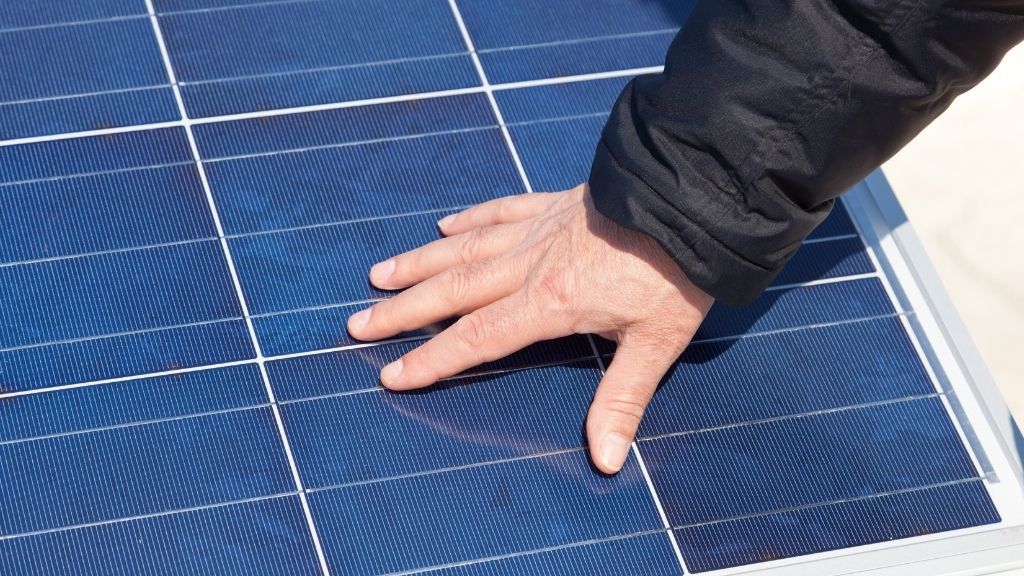 The solar panels have evolved from a giant structure to a small solar chip. With the advent of technology across the globe, solar panels are available in different shapes and sizes. Well, now you don’t just install them on the roof. You can place them inside a building or vehicle. But, can you put them behind glass?

Surprisingly, yes. Yeah, you heard it right. We can place the solar panels behind the glass. Will they be as effective as if they were installed out? Certainly not. But, that is not bad news because the benefit from the remote placement of the panels is still welcoming.

In this article, let us discuss how solar panels work behind glass and the other aspects. Let us get started.

How do solar panels work?

Solar panels are made up of Photovoltaic cells and sandwiched between silicon or glass, a semi-conductive material.

The silicon combines with other elements like phosphorus and boron to establish the electric field to the PV cells to create a negative and positive charge. They work together to create a positive and negative charge, producing electricity.

The sunlight, made of several photons, hits the solar panels and the PV cells. These photons are collected by the conductive plates and can create electricity.

Why should you place the solar panels behind the glass?

It is good to know that solar panels can work behind glass. But why would you want to place them behind the glass? There are several reasons you might want to do that, and let us look at them.

Will my solar panel generate electricity behind glass?

Yes. The solar panels can generate electricity behind the glass. For understanding the methodology, we need to analyze the different ways and ranges in which the glass can affect the sunlight. Shall we start the analytical job?

See also  Do Solar Panels work when it is raining? (Do Rain Damage Solar Panel)

According to the Fresnel Laws and Snell Law, when light travels in a speed and direction and falls on the surface of another media, say, for instance, a glass of water, a portion of the light is reflected into the atmosphere and the rest is refracted inside the surface of the media. The angle and speed at which the light is refracted may differ from the angle and speed of reflection.

This difference in angle and speed depends on a coefficient known as the Refraction index of the media, and this coefficient may vary depending upon the type of glass.

So, how do this reflection and refraction affect the solar panel?

If you are placing the solar panel in a vehicle and constantly moving, then the Orientation keeps changing, and so does the level of energy obtained.

DNI/ is described as the sun’s location at a perpendicular angle directly to the solar panels. There is no reflection, retraction or loss.

See also  Do Solar Panels Make Noise? (5 Reasons & How to Prevent it)

DHI is a situation in which the solar radiation is reflected and refracted by the atmosphere, clouds, lakes, mountains or the ground. DHI is defined as that component of solar irradiance that indirectly affects the surface of the solar panels.

One of the significant disadvantages of placing the solar panels inside the house or behind the glass window is that the shades of the windows and bars would prevent the sun rays from falling into the solar panels. The light falling on the panels is already minimal and on top of it, if there are shades, imagine how solar panels produce electricity.

Is it worth installing solar panels behind glass?

As discussed above, several reasons justify why you must not place the solar panels behind the glass. Well, that does not mean it does work behind glass, and the output level will be relatively lower for the amount you spend on the installation. So, if you are planning to purchase a solar panel, that is indeed a great idea. But, placing them inside the house behind the glass is not a great idea.

How to optimize the panels for use behind the glass?

So now, let us answer the same question. Do Solar Panels work behind the glass? Yes. They do. But do you want to place them behind the glass after knowing all the pros and cons? If yes, please do not expect them to provide the optimum output they can if not placed behind the glass.

If you plan to meet your house’s entire electrical needs from the panels, then placing them behind the glass is certainly not feasible. The investment you make would override the benefits, and it would be suitable if you want to charge small devices.

Furthermore, the sunlight entering the home through the glass windows is also used and absorbs any other objects in the room. In that case, think about the total solar loss that you need to face.

You lose a few photons through reflection, orientation, shading, thermal loss, and now other objects could also take a portion of your sunlight. And all of this for a high cost? It would help if you thought about it.

If you are still persistent about placing them under the window, make sure you follow the measures that we have suggested to improve the efficiency and get optimum results from the panels placed below the glass windows.

We hope you have a tremendous solar panelling experience. Let us save energy and save the earth.