Do Solar Panels work when it is raining? (Do Rain Damage Solar Panel) 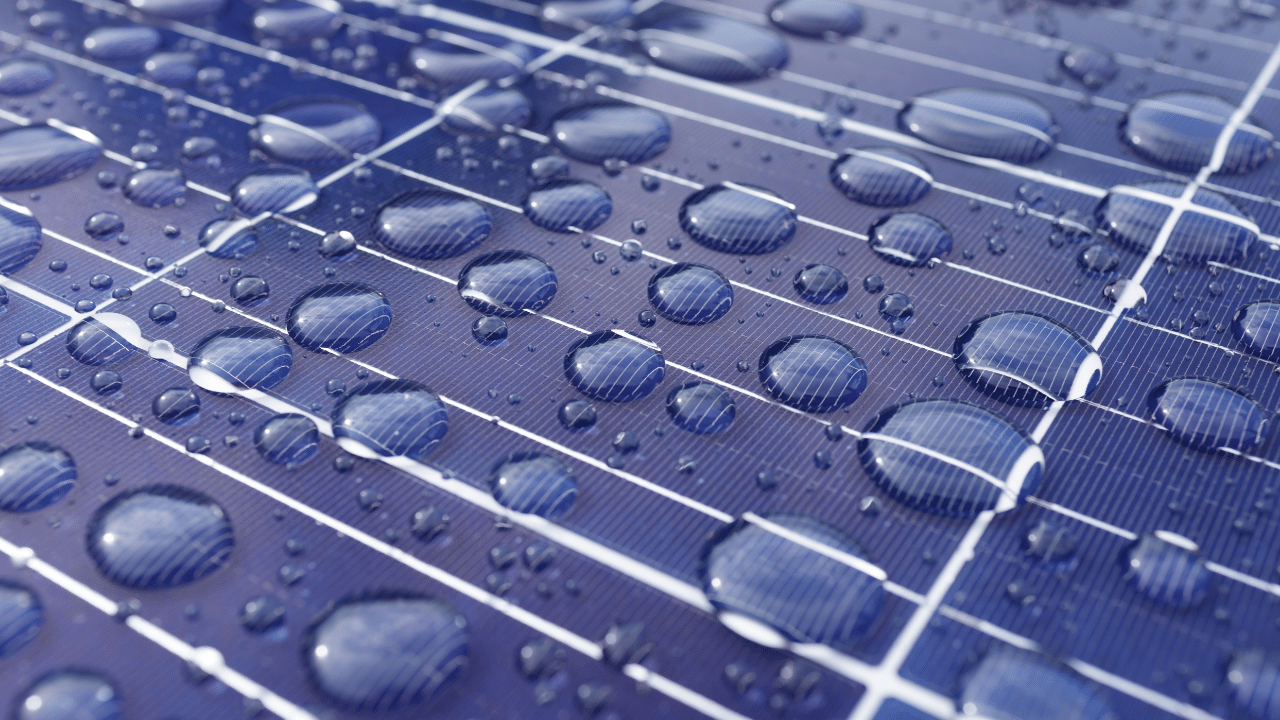 Solar panels use solar energy to generate electricity. From a layman’s viewpoint, the most common question that pops up is, what if there is no sun? What if it rains? Do the panels still work? If there is no sun and it’s cloudy, how can the solar panels work?

This article lets us learn how solar panels work during a cloudy or rainy day. Does it not sound interesting? Come, let us get started.

How do solar panels work on a rainy day?

We all know that solar panels work with the help of solar energy. But, the Photovoltaic panels can use the sunlight either directly or indirectly to generate power. Though they are more effective in direct sunlight, they can still operate when the light is reflected or covered by the clouds.

The rains help make panels operate more effectively by washing away the dust and dirt. The more the energy you generate during sunny days will offset the energy you use during the night and when it is raining.

An average solar panel can generate 30% to 50% of its optimum capacity during cloudy days. Furthermore, they can generate 10% to 20% of their capacity if there is heavy rain. Let us consider an example for better understanding.

If your 1 kW solar panels produced four kWh of electricity during the summer, the same 1 kW would create 1-2 kWh in a day during cloudy weather.

So, it is best assured that, even if there is a heavy pour, some electricity will be produced.

How can I meet my electricity needs on rainy days?

You always have the option of installing a solar system tied along with the grid. The best part about this arrangement is that you can take the rest from the grid and pay only for the excess carried if you fall short of the electricity.

If you have excess electricity generated in the solar system, you can transfer them to the utility through the grid and receive a payment for the transfer.

The solar panels are tied to the grid keeping in mind the rainy days. During summer, you would have more energy than you require, and you will fall short during winter. The grid system helps you to meet both options.

See also  What Permits Do I Need To Install Solar Panels? (Explained)

Can I depend on batteries instead of a grid system for rainy days?

Well, that is your choice. There are certain things that you have to keep in mind. Off-grid solar panels mean that your electricity needs to be stored in batteries for future use, and that is indeed a good alternative.

But, if there are high chances that the downpour would continue for more than two days, then your batteries might run out of charge if it is not designed to provide backup for two days or more. In that case, you may choose any of the following alternatives:

Do solar panels work at night?

Solar panels work only when there are traces of sunlight. This means that solar panels do not generate power and electricity during the night. In that case, to support your electricity for the night,

You can choose a solar on-grid system.

If you choose the off-grid system, you can dwell upon the batteries.

How to obtain optimum solar power during rain?

Before you install your solar panels, you need to think prospectively about the rainy days too. You might also wonder whether solar panels leak water, and it’s another concern that should be answered prior to installation. . If you have already installed your panels, you can try and relate the following points. But, if you are still exploring installing them, keep in mind the following aspects.

Make sure you install your solar panels with the least or no shadow. Ask your installer to position the panels so that the trees or the over tank do not cast their entire shadow upon the panels.

If you plan to go off-grid, enlarge your solar system by installing more panels to get more energy.

Scientists have developed a model of a hybrid solar system – The Polymer solar panel and The Graphene Solar panels, which help generate electricity from rain.

The Polymer solar system is designed to combine the heterojunction silicon cell and a TENG device. The TENG is a nanogenerator machine that converts mechanical energy into electricity, and TENG uses the friction of the sliding raindrops to knock off a few electrons and produce electricity.

The Graphene solar power systems use a layer of graphene – 2D material, to produce electricity from the downpours. This system does not use frictional energy, but the graphene characteristics help bind the ions in the salty rain. This helps create two layers of energy at varying levels and produce electricity. The natural rainwater is not neutral, and it contains ammonium, sodium, and calcium.

The Chinese Scientists have also demonstrated an innovative device that harvests kinetic energy to produce electricity. This does not bring down the output of the solar cells during the summer.

They demonstrated the mechanism by placing two transparent layers of polymers on the top of the PV cells of the solar panels. When raindrops fall on the layer, friction is created and helps generate static electricity.

Though there is no evidence that this device would generate maximum energy, this is just an idea about managing the electricity with the thundershowers.

Sometimes Yes. Well, a little downpour does not damage your panels, and in fact, they help keep off the dust and dirt away from the surface of the panels.

However, a heavy downpour for several days together can damage the panels. The heavier the rainfall, the higher is the risk of damage to your solar panels.

If it has been raining heavily for a few days or several hours together, you can expect some damage to your panels. Heavy rains could break the boards and tear off the wirings of the panels.

Do solar panels work in the snow?

If it can work on rainy days, why not on snowfall. Solar panels are designed in such a way to withstand all the weather conditions, and snowfall does not stop them from working. The snow helps in reflecting the sunlight to the panels to enable them to absorb the heat and produce electricity.

How does the PV system lose energy?

The PV solar systems absorb the sun’s heat rays and produce electricity. There is always a percentage of production loss in everything, and solar energy is not an exception. For 100% input, the PV systems, on average, give us 76.2% output. The following table enlists the various production losses that the system undergoes at several stages.

Why does rain reduce the output of the solar panel?

Irradiance is the primary factor that affects solar output. It measures the strength of the sun’s energy when it falls on the panel’s surface. During the peak sun hours, when something comes in between the surface of the panels and the sun, for example, dirt, shade, or the rain, we don’t get the optimum output that ought to have been produced if there are no obstacles

Solar panels are designed in such a way to accommodate themselves well with the atmosphere and the climatic conditions. Now to answer the question “Do solar panels work when it is raining?” – Well, indeed, yes. But, the electricity they generate will not be as much as they develop on a hot sunny day.

Several scientists have undertaken many projects across the globe to find out if there are chances of generating electricity through the friction created by the rain when it falls on the surface of the solar panels. With the growing technology, there is no doubt that rains would no longer reduce the panels’ optimum capacity.

Rain is certainly not bad for your panels, and it can help you wash out the debris and dirt that builds upon the panels. According to research, debris and dirt can reduce the performance of your panel by 17%. It will undoubtedly be cumbersome to clean your panels. So, when nature gives you a helping hand, why not use it well.

Rain does not affect the panel, but it depends on how cloudy it is. There are hybrid solar systems that are being designed to help us collect energy from both the sun and rain.

Let us use technology to support nature.